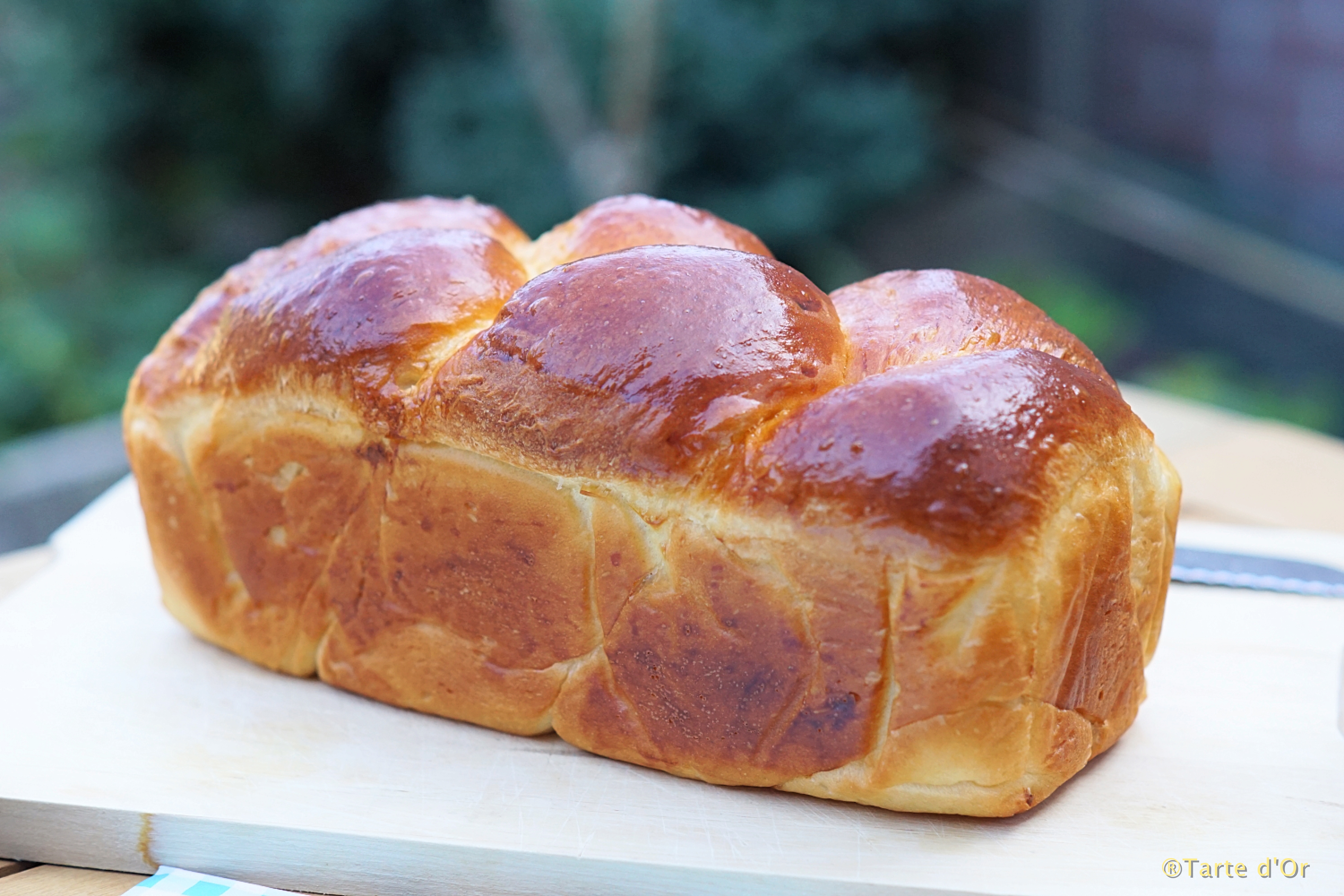 Vendée is a region in the West of France, on the Atlantic Ocean, also well known for its traditional brioche. It used to be called the “Cake of the Bride” because the tradition long time ago was that the godfather and godmother of the bride offered a brioche to the bride on the evening of the wedding during what is called “The Dance of the Brioche”. This dance is still practiced during weddings nowadays. To give you an idea and if you want to get in the mood when baking this recipe, I found this video on Youtube :

There are a lot of “traditional” recipes on Internet but almost all of them are different… I chose this one I found on this blog because I had already tried it few years ago and it was really delicious.

If you’re wondering what is the difference between this recipe and other brioches recipes from other regions : this one contains much less butter than other brioches but uses more eggs. It can also contain “creme fraiche” (heavy cream) but then it is not called “Brioche” but “Gache” which has a different shape. The Brioche from Vendée is braided and the Gache is usually oval or round.

The texture is also different from other brioches. The Brioche from Vendée is very fluffy, a bit stringy and melts in your mouth… but let’s stop drooling, here is the recipe :

1 or 2 days before : the fermented paste

1 day before or the same day if you begin in the morning : the brioche

Prepare first the fermented paste. Dilute the yeast in a bit of the lukewarm water.  Mix the flour and the salt. Add the water and the diluted yeast. Mix for few minutes in the bowl of your mixer.

Put the mixture in an air-tight container and leave it in the fridge for at least a night.

The day after, in the bowl of your kitchen robot, put the flour, the fermented paste (not all of it, only 135 gr), the sugar, the milk, the eggs, the rhum, the salt, the orange flower water and the vanilla extract all together and start mixing at low speed.

When it begins to be all blended, add the yeast in small pieces. Put the speed on medium and mix for about 15 min.

Then add the butter cut in small pieces and keep mixing on low/medium speed for another 15 min. The dough should not stick to the sides of the bowl anymore. If it does, add some flour little by little. It can still stick a bit but you should be able to form a soft and fluffy ball by hand without it sticking to your hands.

Leave that ball in a clean big bowl, covered with plastic foil above it for bout 30 min at room temperature. Then work it again quickly by hand and then place it for few hours in the fridge. I put mine in the fridge around 11:00 am and made the brioche around 5:00 pm. When it has risen enough, take the dough out of the bowl and work it quickly with your hands to release the air in it. Divide the dough in 6 balls of about 200 gr each. If you have more, you can shape the rest as you want. Then flatten each ball, flip the sides over each other and form them in a long shape like on the picture below. It should be as long as your cake mould Make a braid with 3 of these and place it in the mould. I recommend putting baking paper in it, it will be definitely easier to remove them from the mould. Brush it once with beaten egg yolk. Cover it with a dish cloth and leave it rise again for 2-3 hours. I baked mine between 8:00 and 9:00 pm. When they have risen, pre-heat the oven at 160˚C depending on your oven. I baked the overleft first to check and I lower it to 155˚C because I found that 160˚ was cooking it a tiny little bit too quick on the top.

Brush the brioches a second time with the egg yolk. Bake the brioche one after the other for about 20 min. Leave it cool down on a tray. If you want to keep them soft and moist, I recommend to keep them in the oven overnight.